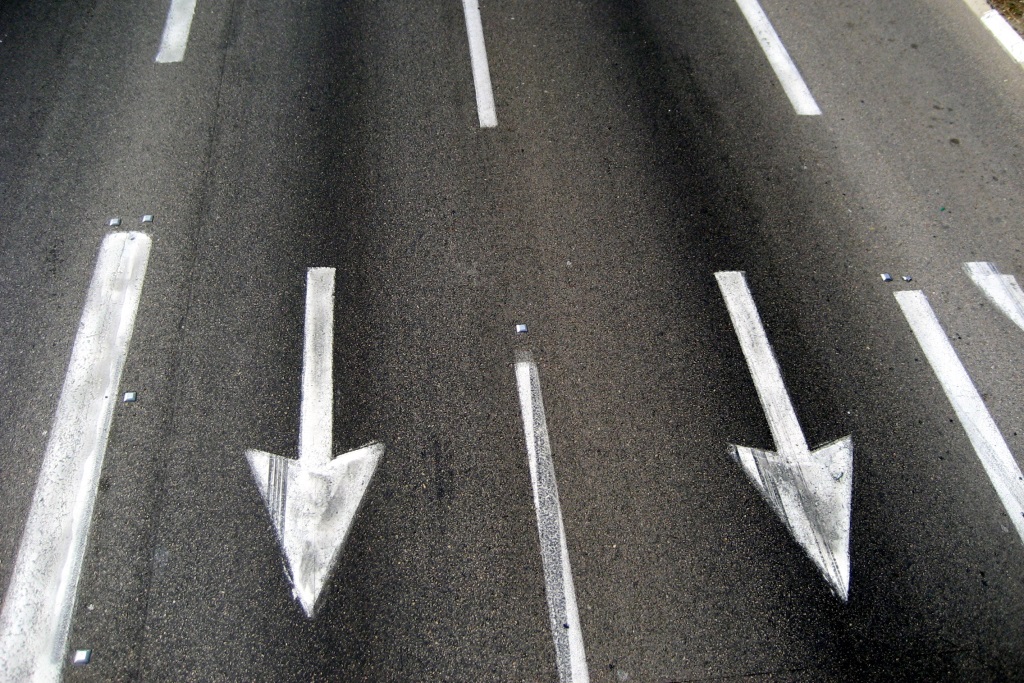 One of the things that I mentioned in the wrap-up hang out for HumanMOOC is getting at how people understand educational theories and their own preferences for learning. This is connected to how many educators will typically choose a theory of learning that they like best, and then assume it is best for all learners at all times. Until, of course, they are forced into learning in another theory that they don’t like by someone else that has decided that that theory is the best for all learners at all times, which is when they realize that maybe we are all different and maybe we should find ways to let people make their own path through learning.

This is, of course, one of the goals with dual-layer/customizable pathways design. We don’t force instructivism or connectivism on learners (or even a single pathway of our own design that is a mix of both). Nor do we treat one modality (like connectivism) like its an external thing that we embrace as a “backchannel” to the course if it happens. We create two valid modalities for learners to mix and change (or ignore) as they choose. And then we say that “every choice is awesome!” even if the learners don’t choose the options we would have.

Now, I do have to note that saying that “every choice is awesome!” is not the same as saying “every tool is awesome” and that we should not give feedback to the companies that offer the tools we use. I have given hundreds of points of feedback to all kinds of companies (as you can see in the archives of this blog). In my experience, the companies that ignore you are the ones that are most likely to turn around and use your idea (Blackboard is infamous for this). Those that listen to your ideas typically are just trying to look good on public blogs – they talk like they are listening and then change nothing more often than not. Just a bit of free advice from someone that has (and continues to) give out a lot of critique to ed tech companies.

One of the common problems with designing a course is that you have to use words to communicate what you want people to do. But people already have attached meaning to those words, which may or may not line up with commonly accepted norms. “Social Learning” is a term that I find causes the most confusion with customizable pathways design. Many, many people think that instructivism is not social at all, and that all social learning is connectivism (and connectivism has to be social in order to be connectivist).

The problem is – neither concept is true. Instructivism can be social, and connectivism does not have to be social.

In the literature, instructivism is sometimes connected to closed lectures and multiple choices tests, but for the most part it is connected with instructor-led content and activities. This can be anything from discussion forums (which can be social) to group assignments to Twitter activities. Yes, a Twitter activity in a course can be instructivist. If an instructor tells learners to go out and create a Twitter account, and then gives them a list of things to Tweet and respond to in order to fulfill an assignment, that is instructivism… and it is social. Social presence is a large field of research that is basically dedicated to figuring out how to improve an instructivist paradigm with social learning designs.

On the other hand, while connectivism is often very social, it doesn’t have to be social to still be connectivist. For example, go back to one of the foundational papers on connectivism (and probably one of the most quoted) and look at what connectivism is. Did you notice the part in there about off-loading learning to non-human agents? What this means is this: a learner can do a Google search on a topic and end up reading a Wikipedia article about the topic and that is still connectivism. They were not social at all, but they connected to the knowledge of others to learn about a topic. The connection occurred with a non-human agent.

Or think of it this way. Connectivism also involves the nurturing of connections for learning. You can follow hundreds of people on Twitter or in a RSS Reader and learn all kinds of things from them without ever commenting or responding. You are being connectivist, but not social. Or, you could even be social with people by tweeting “good luck!” when, say, someone tweets about getting a new job. This action is social, and it is building your connections (and therefore part of connectivism), but it is not social learning.

Of course, any connectivist worth their salt in WordPress will tell you that social learning is much, much more robust than independent learning. My point is just that not all connectivist learning is social in nature all the time.

Another part of connectivism is making sense of chaos and complex networks. So of course, being social helps. But at times, you have to wrestle with these things yourself as well. I can tell you for a fact that one of the founders of connectivism does not share all of his sense making socially. He does some, but not all. He wrestles with some of it in his head or while thinking about various things he reads online. Because that is also a part of connectivism – working on your own from time to time. Maybe even connecting with some instructivist content and being guided.

The problem is, we are all at different places at different times when going through the same topics. Forcing (or even encouraging) all students to get out of the LMS and into social learning is ignoring sociocultural differences and contextual needs of the individual students. It is also enforcing an instructor led pathway on all students. So yes, in many ways, forcing all learners to go and do connectivist activities (or even trying to trick them into doing so) is really an instructivist methodology behind the scenes. Which is not bad for the learners that want that, but horrible for those that do not.

In education, we tend to create false dichotomies between two sides that we think are diametrically opposed to each other. In the open learning world, there are many that label connectivism as “always good” and instructivism as “always bad.” Unfortunately, the world is not that simple, that black and white. The data that I have collected after two dual-layer MOOCs reaching tens of thousands of students would indicate learners are not that simplistic. Many learners find extreme value in instructivism… as long as it happens at a point that they choose, not one that is forced on them.

Also to note, this post is talking about course design. We have found that many learners prefer a mix of both modalities. The line between instructivism and connectivism is often a bit mixed, or permeable, or whatever you want to call it, to them – and that is just fine. While we are figuring out this customizable pathways design thing, we have to talk about the design a lot more in order to figure out what works. So understandably, that begins to conflate design considerations with learning experience in many learners minds. Someday we can hopefully get through all of that and let the design fade into the background.

4 thoughts on “Instructivism vs Connectivism vs Social Learning”