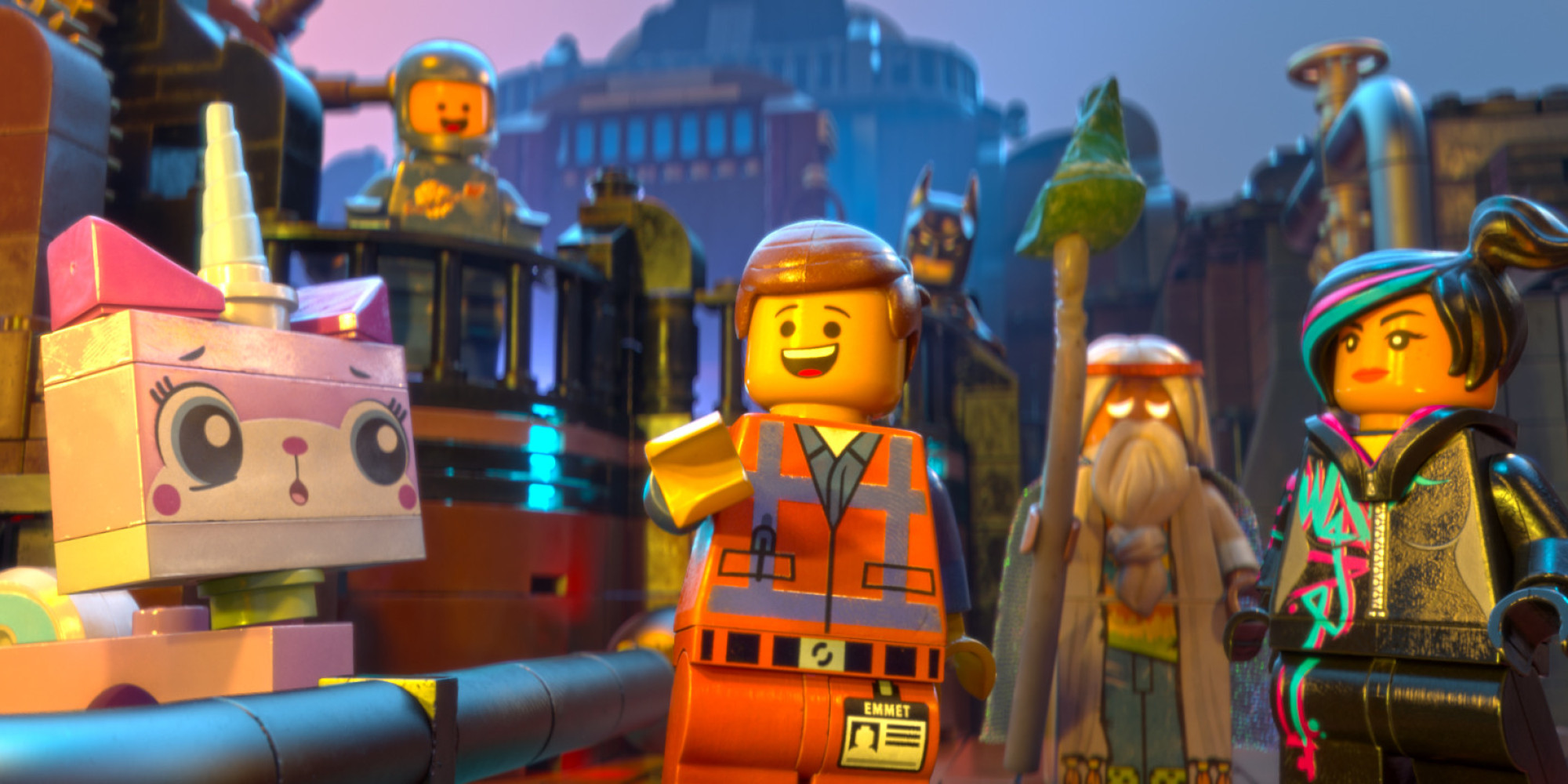 Every Choice is Awesome. Every Path is Cool When You’re in #HumanMOOC

It is hard to believe we are already in the last week of HumanMOOC and I have failed to blog any thoughts or reflections on the whole process. Keeping a customizable pathways course running is quite the undertaking, so I unfortunately had to spend more time on the design and technical sides than the interactive and reflective sides. The feedback and interaction I have been able to partake in has been incredible, and I wanted to reflect on that a bit.

HumanMOOC, like DALMOOC before it, was designed according to what has been called the dual-layer model, the customizable modalitities model, and the pathways model. This evolving-name model is basically designed to deal with one huge issue in education:

This issue being that the biggest problem with education is people.

You see, if we were all computerized robots, educators could just figure out a solution for upgrading us all and it would work for everyone. But we are human, and we all have different preferences, different experiences, different likes, different dislikes, different needs, and so on. Because of these differences, some of us become seen as experts in certain areas by others, creating a scenario where some people have knowledge about some things that others want to gain.

These differences create informational power imbalances that manifest themselves as courses, schools, and universities. Those that control the information, grades, and courses that anyone needs to obtain that knowledge typically create a singular path to obtaining that knowledge and set themselves up as the regulator of that pathway. Of course, this pathway may take many forms like a stream – branching off and coming back, looping around, joining several other streams together, etc. But ultimately, those in control of the stream determine what it does no matter what course it takes. Some people refer to this stream as instructivism, with some estimates placing it as the dominant mindset behind 70-90% of all college education.

Which is not a bad thing to those that like instructivism (and there are many people that do). But the fact that all learners are forced to follow one path ignores the main problem with education (that people are different and prefer different paths).

Many educational theories have arisen to create an alternate learner-centered version of education. Some of these are really just illusionary at best – with students having choices that are still tightly controlled by the instructor or utilizing social media tools under strict specifications. Theories like connectivism are the most learner-centered, but implementing connectivism in a course also often takes away the choice to just follow the instructor that some learners (especially those that are new to the topic at hand) might want.

And so we have this problem in education that most research is trying to solve: how to deal with us being human and all wanting different things. Maybe we create ways to trick people into all wanting the same thing? Or maybe we can standardized everything for the most learners possible? Or maybe we can create personalized systems to serve up one of 50 pre-defined paths and create the illusion of customization? Or maybe scale instructivism or connectivism to the most people and ignore those that don’t fit the one we chose?

So all of this leads to the pathways course design of DALMOOC and HumanMOOC that basically creates parallel modalities, one that is instructivist and one that is connectivist. Course participants can choose one or the other (or both) at any point and change as they like. Those that want to create their own path through the topic (much in the same way one would wander through a garden and take in the sights and sounds and smells as you like when you like) can do so when they like, and those that want to follow a structured path through the topic can find the stream inside the garden and follow it. And switch at any time.

Of course, this kind of choice is a different paradigm for most, and typically brings about some confusion and panic from participants:

And so on. All of these are valid questions and valid points. They have all been said to me at some time between both courses so far. But as you might have noticed, many of these statements are directly contradictory to each other. So which ones are right and which aren’t?

The answer is: “Every choice is awesome! Every path is cool when you’re in #HumanMOOC (or any pathways course)”.

The first thing that many people tend to worry about is “missing anything.” That is a legitimate concern in a course – we are taught to pay attention to everything and to finish everything in order to pass. We are used to being able to do everything because we are required to do everything. But the truth of the matter is, we end up forgetting a lot of what we don’t miss, and also end up missing a lot more than we know. Have you gotten to read every paper turned in to every course you have been a part of? Were you able to hear every class discussion, or every word of the lecture? At some point, we all miss some part of any class and still end up “completing” the course (whatever that may mean).

On the other hand, one of the byproducts of creating so many avenues to participate in for HumanMOOC is that more people can be an active part of something, rather than a few people being active in the one option and the rest just being passive observers. Of course, that means that no one person can do everything. Its just something that has to be accepted as okay, a shift in thinking that says “I will be active in my corner of the course and let the other ones go.” The trade off is that more people can become active in more corners because there are more corners in the first place (an unlimited amount, really).

The other trade-off is that we have to become okay with not liking something that others do like. Not everyone will like any one tool, buy most people are surprised to find out that people actually like the tool they don’t. Those that like to work in the garden of connectivism will usually be shocked to find out that some people like the controlled nature of the stream… or that they even may make that choice knowing that the garden exists.

From what I have generally seen, those that are in the stream of instructivism like that pathway, are aware of the garden of connectivism, typically do not like it’s chaos, and are annoyed by any attempt to trick them out into the garden. Either that, or there are others that are just afraid to try out the garden. Those that are mostly roaming free in the garden are oblivious to the idea that people actually like the stream, and are shocked to find people that choose to be there. Of course, most people tend to mix both but not get why they need the choice, even when faced with the idea that others choose a different mix of the two modalities that differs from theirs at different times, and it is actually the presence of choice that allows that mixture to happened on an individualized basis for all learners in the first place.

So, when asked why we don’t add a Twitter feed into the LMS, or post the LMS content on the Google Plus page, or use a Facebook page for content, or embed the blog hub into the LMS, or require blogging of all learners, or any other combination of the two modalities, the answer is simple: choice. We can’t just pick and choose which tool to bring into the other (that would force an instructor decision on all learners) – we would have to bring them all together into one spot. But this would have the effect of dampening (if not destroying) the option of choice. If we embed a Twitter feed into the LMS, then learners in the LMS stream can no longer choose to not participate in the garden. It is being forced on them front and center. They can ignore it, but even that is a barrier that they have to go around. As much as I love Twitter and connectivism in general, to place a Twitter widget into the LMS would be a way to put my epistemology into every part of the course. Learners can ignore it, but the chances of that are pretty small.

So that is why the pathways design has a Neutral Zone, not because this zone can actually be a neutral space free of power dynamics and instructor bias, but it can expose the power dynamics behind the tools and designs so that learners can make a choice between tools by fully understanding what those choices mean. Its a choice made from a neutralized playing field. But after that choice is made, we have to avoid bringing choices they didn’t make into the pathway of the choice they did make.

Ultimately, we (education in general) need to get a to place where, no matter what epistemology/ontology/etc the instructor subscribes to, they at least design a course that says “Every choice is awesome! Every path is cool when you are part of my class!” – even if that choice means going down an instructivist path when they want them to go connectivist, or vice versa.