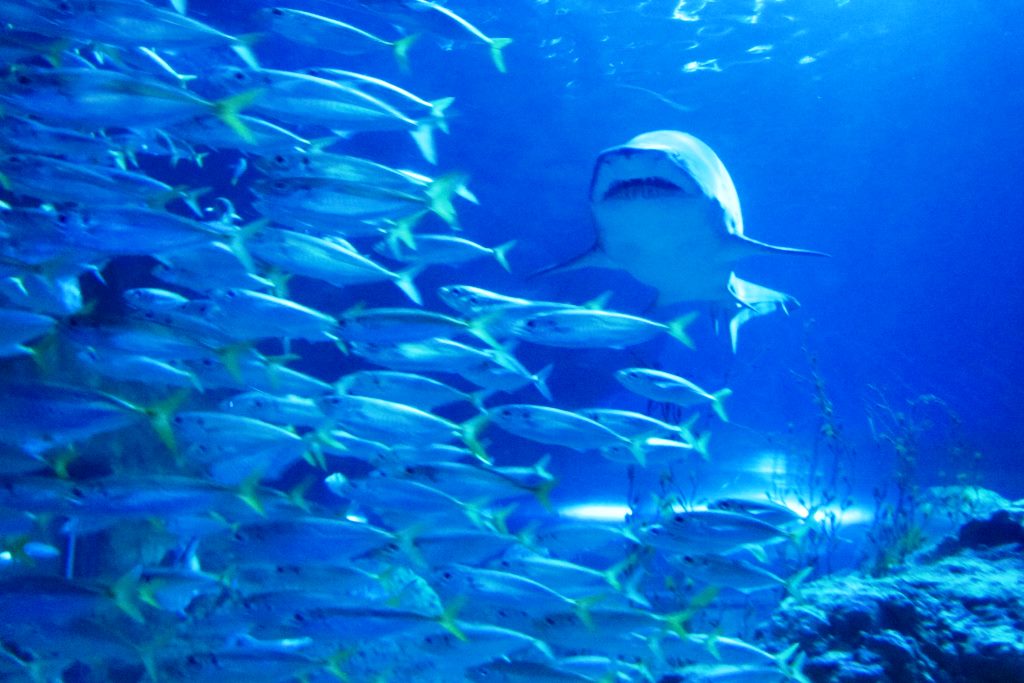 So in Laura Pasqunin’s most excellent reflections on the OLC Emerging Technologies conference, she pointed out how some people had cast doubt on my favorite part of the conference: Teacher Tank. I expressed my disagreement with that, and she asked for input. My comment turned into a book, so I decided to turn it into a blog post.

First of all let me say – I realize that Teacher Tank will most likely never happen again, because it will probably chase sponsors away. Which is disappointing, but also part of the problem. The vendors have too often controlled a one-way conversation at conferences. They position themselves as the main financial support for the conferences and then people don’t want to criticize them for fear of killing the conference (I could write a series of long posts about what I was told I could and couldn’t say at conferences by vendors, how they cut-off my microphone so I couldn’t ask questions in online sessions, how they have said to rooms full of people that feedback was not allowed, etc). So it was a gutsy move to have the tank in the first place, but I get why it will probably never happen again. Doing it in another format would probably just not produce the same effect.

I will also say that I know several good vendors and start-ups that are not like the others. Unfortunately, there is noticeable “standard” type of vendor that we see dominating conferences, and those are the ones that I have concerns about.

Personally, I think that commentary and entertainment are two massive values for a conference that most are usually missing for the most part. So many conferences would be more interesting to me if they provided more commentary and even a little entertainment. Don’t get me started on the “cutesy motivational speakers as keynotes” or the “light snacks for dinner and a bunch of tables” forms of “entertainment.” We need actual entertainment sessions to prove a mental break from the sessions from time to time. We also need actual commentary from experts (in addition to thought-provoking keynotes and informative sessions) as well as mote avenues for public commentary by conference attendees.

From the audience perspective, here is the big value that I saw happening over and over again at Teacher Tank:

That happened a lot of times for a lot of people in the audience at Teacher Tank. Huge value if you ask me.

The thing I am most disappointed in is the reaction from some of the vendors to Teacher Tank. Most of the feedback was constructive, a lot of it was positive, and some of it was negative. But it was a MASSIVE amount of feedback they got – more so than they will probably ever get from any one event. All for free, and very little of it from people that are just telling them what they want to hear. A ton of honest feedback. But now some are upset about the tank, saying things like it perpetrated “myths” about start-ups, and so on. Very disappointing.

Look, if you are a start-ups and you want to win me back, then learn to listen, research, and improve based on the feedback… rather than claiming the image I have of start-ups is mythical (while responding in a way that proves they aren’t myths :) ). Prove that you are not thin-skinned and come back to conferences that have criticized you. Maybe even turn your one-way hype session presentation into a Teacher Tank format. Why should conference organizers have to be the ones facilitating valuable honest feedback for you? I have heard about the focus groups and customer research you do – interesting results, but no where near as critical as you would get in the tank.

People always ask me to get involved in conferences more behind the scenes, and I am usually very hesitant. So many conferences today are somewhat dominated by vendors that are controlling one-way conversations (next time you are at a booth and they ask you “what do you think?”, try being honest and see how well that goes 905 of the time). To push back against that means losing sponsors and killing the conference – so I understand why conferences are like that. I don’t blame them. The Teacher Tank and the #et4snark tag were a breath of fresh air in the conference space. Most of my ideas for conferences are along those lines, and usually don’t fit in. I mean, I brought a “buzzword buzzer” to my own session and let people get on my case if I used an EdTech Urban Legend Buzzword. Judging by the Twitter feedback, people loved my session. But I doubt those ideas would go over well with vendors or even most presenters.

I get it that there is a lot of bad feedback out there. Look at some of the MOOC criticism out there (“cMOOCs probably aren’t MOOCs because they are neither massive or open” I was told at a conference recently). But many of the MOOC criticisms are legitimate points, as much as they may annoy myself or others (“most MOOCs are designed using simple and ineffective pedagogy” for example). But don’t mistake those criticisms, even the negative ones, as meaning people hate you or even want you to go away. I love WordPress, for example, but I can also give you a long list or where it needs to be improved.

What should be more concerning is when people stop criticizing you – when they give up and just write you off as someone that doesn’t listen. I see this happening way too much in the EdTech world in regards to Tech companies. I have lost count of the number of people that have told me they have given up talking to all of the companies that just don’t listen. That should be more concerning to vendors than being a position to get a few minutes of uninterrupted feedback in the Teacher Tank.