As I’ve been pondering the status of the Learning Management System in education, I’ve noticed something interesting. I seem to use the system differently than many people. Some refer to LMS programs as prisons that trap learning. Content is dumped in to a repository, and then all interaction with that content and other students is kept walled up in said repository forever and ever.

I know that happens, too frequently sometimes, but I always classified that as “bad instructional design” – even if I was the one that had to do that. (Just because I don’t like to do that doesn’t mean I can convince all professors not to. Most, yes. All – no).

I am coming to believe, however, that some LMS programs are starting to head off in the wrong direction, and also that our concept of the LMS needs to change. I used to be okay with the fact that many LMS providers were trying to incorporate new tools like blogs and podcasts in to their program. This week, I think I am turning the corner and deciding that is the wrong direction to go. Here is why.

Adding tools like that will head us in to the realm of the walled garden. We don’t want our classes to end up looking like this: 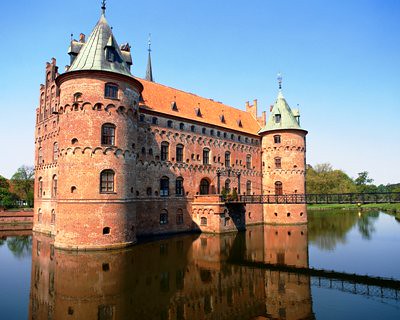 No matter how pretty it looks and how many windows we put in it, it is still a walled garden.

We need to start seeing the LMS as the control panel of a subway system. As trains go all over the place, the relay information back to the control panel so that the head conductor can know where they are going and what they are picking up on the way. In other words, use the tool to make the instructors job easier while also launching students out on to the web to learn: 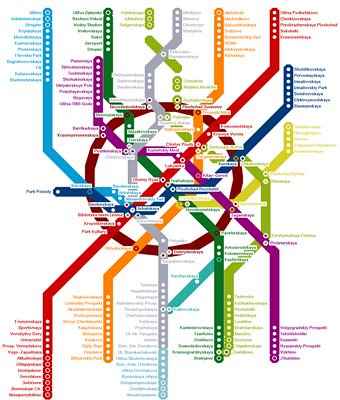 (that’s a map of the Moscow metro system, in case you are wondering – I think it best illustrates the point, even thought its not in English)

Part of the problem is that we need to change our perception of the LMS program. I think they need to be called Course Management Platforms more than Systems myself. But we also need to change the direction of tool development for the existing programs.

Take blogging for example. Instead of adding blogs to an CMP program, why not create a function that draws RSS feeds in to the CMP and formats them for the instructor – maybe even connected to a rubric grader? Students can then choose any blog they want (and any security level they want), and then create a tag for their school assignments. Upload the RSS feed for that tag. There could even be a randomly generated “code” to insert in the blog, only displayed in the CMP, that lets instructors “prove” that students did their own work.

Or, instead of a place to upload Word Docs, why not create a place for students to submit a basic URL or embed code to display their project. Instructors then get a window that allows them to pull up student work in a window, scroll through everyone’s work, and then add a grade.

The technology for all of this exists and is pretty simple. In fact, I think I will start working on some plugins for Moodle :)

I think I am going to change the title of the series to “A New Vision for Learning Managment Systems.”

7 thoughts on “Death of the Learning Management System? (part 5)”