Digging Into What “Choice” is in Customizable Modality/Dual-Layer

After digging more into the idea of “neutral zone” in dual-layer / customizable modality learning design in the last post, I wanted to touch a bit on what “choice” means in this design. “Choice” has several really different levels of meaning in learning, and if you try to create the wrong kind of choices in dual-layer design, you are really just defeating the purpose (not necessarily in a bad way, but just in unnecessary ways).

All learning requires some type of choice, usually situated in the lesson itself. When you create an assignment, there is usually some level of choice to what specific topic the learner chooses to complete the assignment. Some instructors even give choice over the format of the final artifact. A few even give learners the choice of social assignments vs. individual assignments. These are all really great choices to give learners. However, these are not the choices that a Neutral Zone are designed to foster.

Basically, all of these types of situated choices are still occurring in one modality (layer). The epistemological foundation of this modality is instructivism – the instructor is still guiding the overall path of the course, with specific places for divergent side paths. This is a great way to design courses for certain learners at certain times.

However, when considering sociocultural theory, we know that different learners have different needs at different times (and those change for learners on any given day). Some learners on some weeks may not need to be guided by instructors at all. Or the options that are given by the instructor do not match their sociocultural learning needs that week. And so on.

The goal of the customizable modality design is to give learners a more meta level choice of epistemological learning design. They can be guided by the instructor when needed, and create their own experience when needed. Or both.

Therefore, the goal of the Neutral Zone is not to replace one or both of the modalities, but to form a thin guide post to point to the layers that are possible. In general, a basic diagram of this process might look like this: 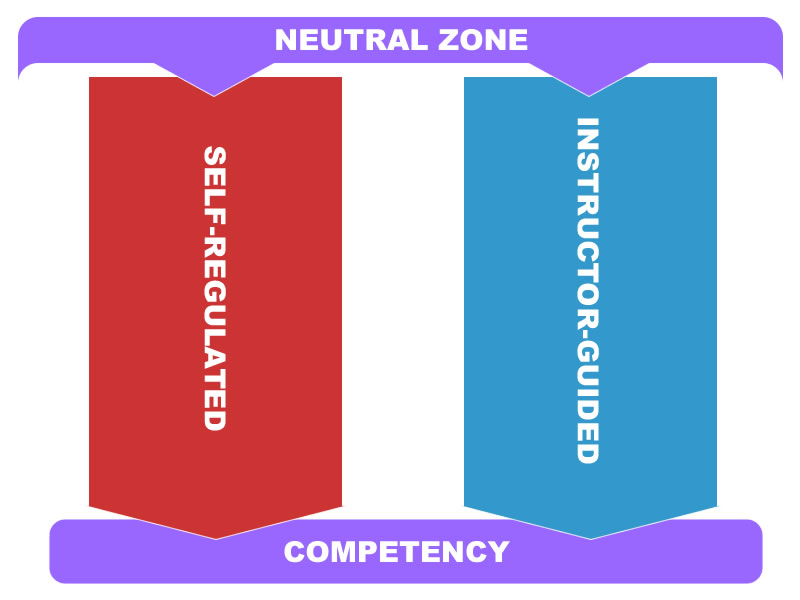 However, the two options that are represented here are not quite that simplistic in actual design. The instructor-led layer could itself be designed using situated choices, double-loop learning, etc. And the connectivist layer would not look that organized. A more accurate representation of the possibilities would be like this: 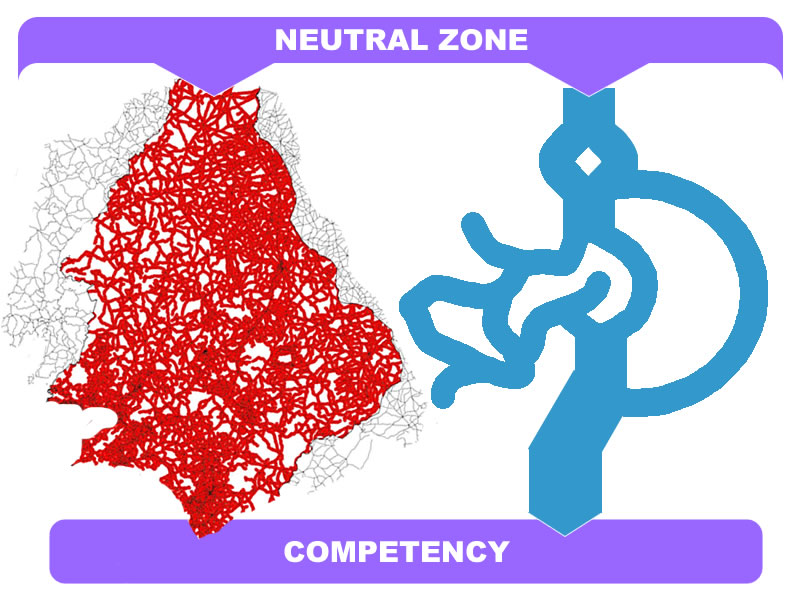 Learners that choose either self-regulated or instructor led pathways would then have all of the choices built into either design by the instructor and/or the tools they use. The instructor-led path could still have choices (simple or complex) situated along the pathway . The self-regulated design would have many pathways (many that are intentionally in there, and many even outside of that).

However, while many learners could choose choose either modality, some might go beyond that in a way that mixes both pathways. It may even be the case that design of one layer/modailty will lead learners to the other layer/modailty. Some learners may create a custom path that could become one of thousands that may look something like this: 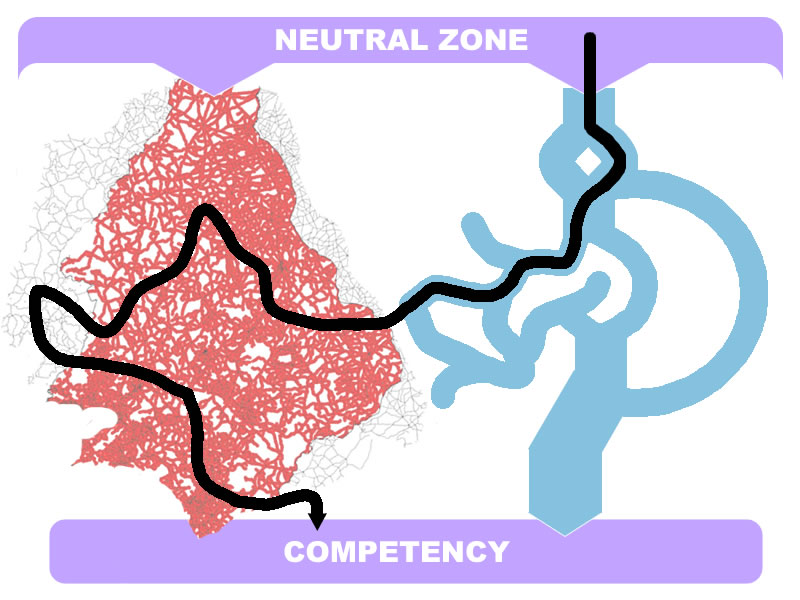 On top of this, some learners may not even take a linear path, but decide to pick and choose parts of the course as they see fit:

These charts also highlight why we sometimes refer to this overall design process as customizable modality.

The basic way to design for this is to create a compentency for the week. Then you 1) provide a platform (like ProSolo) that facilitates the social learning layer/modality; and 2) have the instructor design a lesson that will guide learners to complete the competency and place it in a platform like EdX. Ideally, you would also have tools (including a neutral zone and others) that will connect the platforms in ways so that learners can turn in work for either tool and it is posted in both.

Theoretically, you can also focus in on any number of epistemologies in place of instructivism and connectivism. You could have cognitivism and social constructivism be the two modalities. You could have more than two – creating entire pathways for behaviorism, cognitivism, and connectivism for example (if you really want to take the time to design and align those three).

The importance of this design is that it taps into the research into heutagogy – teaching your learners how to learn. Giving learners choices over what assignments to do doesn’t really reach a level of truly knowing how to learn. Making choices (hopefully someday guided by recommendation systems for scaffolding) on which epistemology to use digs deeper into learning how to learn.